HOW TO PLANT Orchid in Orchidea TWIN Lavender Orchid 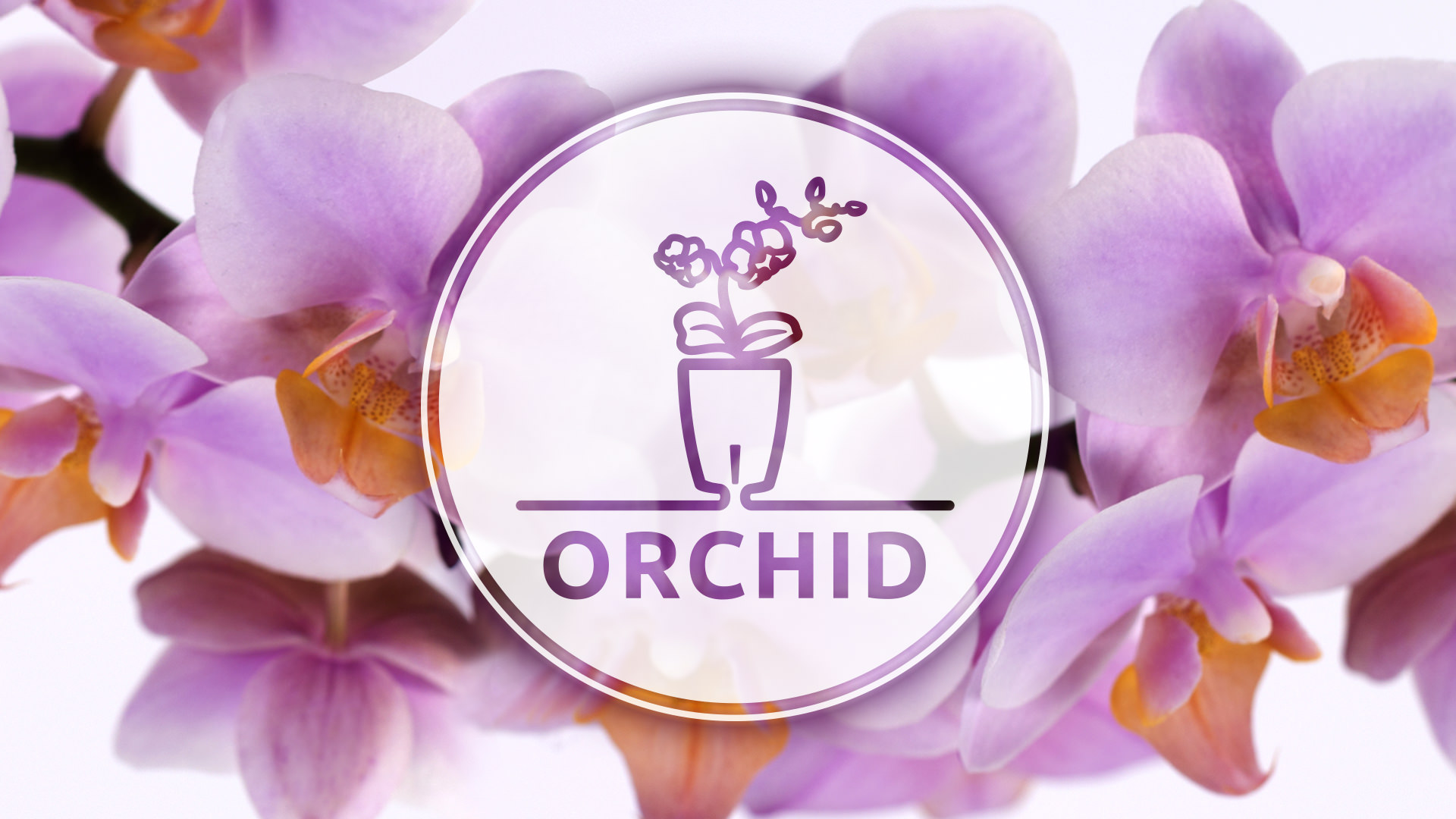 ORCHIDE TWINWhen we talk about flowers, we cannot help admitting, that orchids belong to one of the most beautiful flower families of the world. They represent a perfect combination of exotic look and varied characteristics. These attractive flowers comprise more than 30,000 different sorts and over 200,000 hybrids. Their family is one of the largest in the world.

Orchids family includes more than 30,000 different species and over 200,000 hybrids.

Orchids, that are mostly cultivated, originate in tropics. In the wild these flowers use their roots to attach themselves to the body of some other plants or the bark of tropical trees. Orchids’ roots are thick and have a special structure to absorb dissolved minerals and moisture. In order to receive enough light and good air circulation, these plants are more likely to grow high in the trees. The light is specifically significant for them, as orchids in their natural habitat gota used to a 12-hour day throughout the year. Growing them in different climate conditions, it’s highly important to provide as high intensity of light, as it is in the heart of summer in temperate zones. Orchids can be grown as well indoor as outdoor. However, it’s not that easy to grow them successfully.

Tropical orchids usually grow high in the trees and they are accustomed to good air circulation and plenty of light.

It’s easier to achieve expectations with some kinds of orchids than others. Among them there are Phalaenopsis, Paphiopedilum and Cattleya orchids. These species are highly recommended for the orchid growers, who just begin their way in gardening.

Today we will tell you how to plant Phalaenopsis in a self-watering Orchidea TWIN pot with water level control. 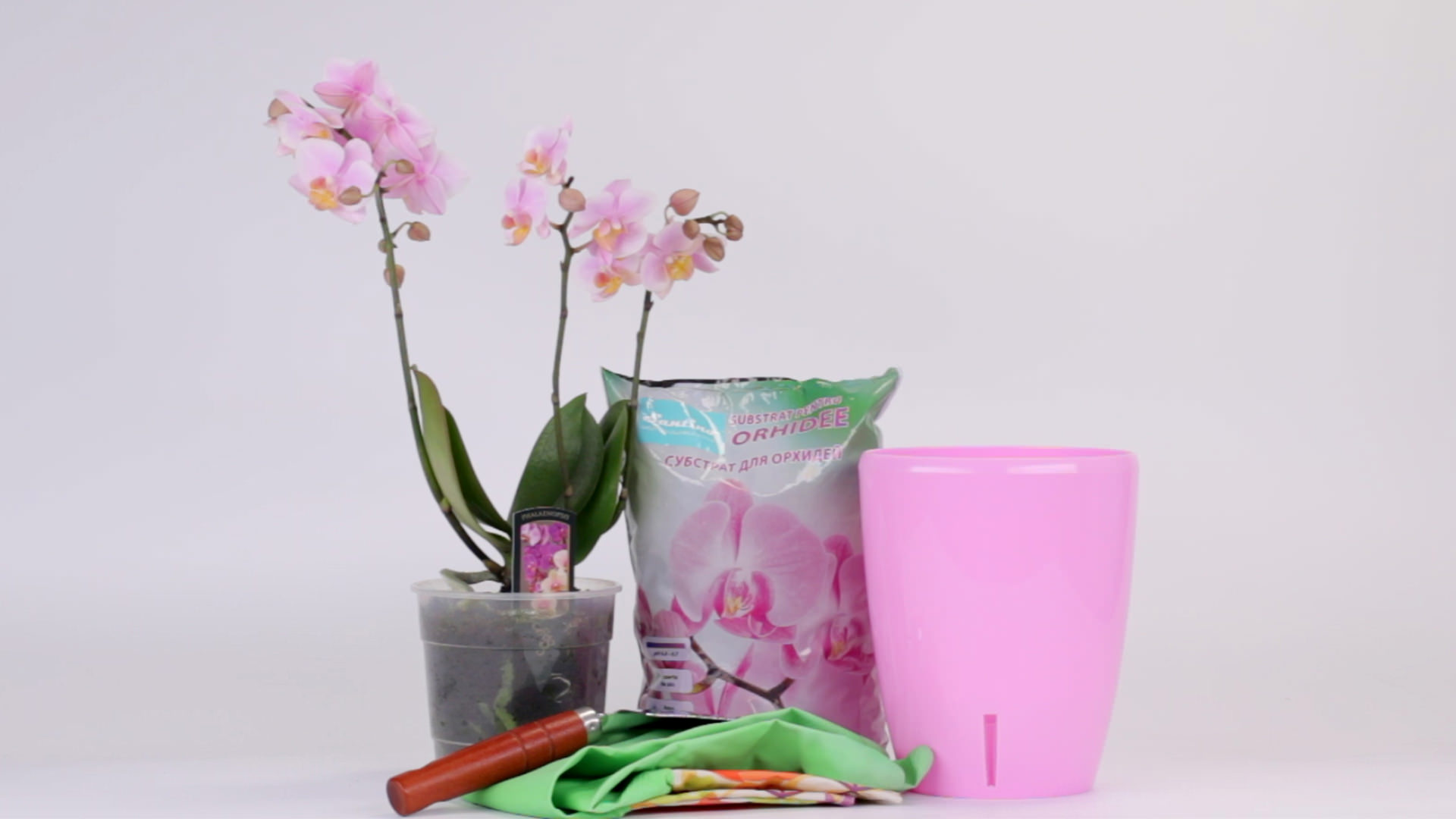 Remove the orchid from the old pot. Try to do it carefully, not disturbing the roots. You can use some sort of container for easier extraction of orchid from its original pot. 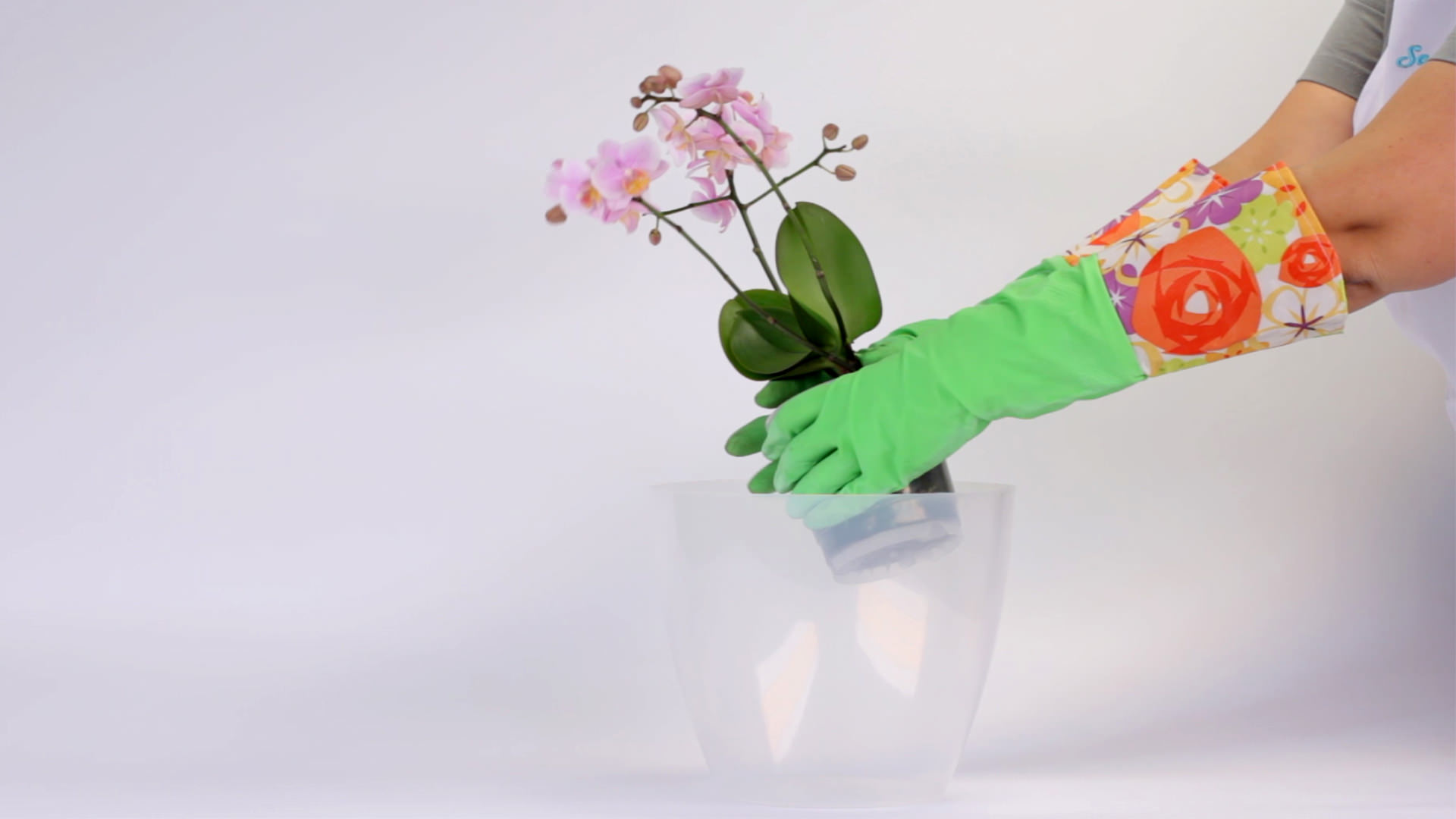 Remove old potting mix and carefully trim off any dead or damaged roots. The roots shouldn’t be over-dried either not too moisturized — this will guarantee easier extraction from the potting mix, and it will be much easier to see the damaged or dry roots. The best way is to leave orchid dry for 3-4 days before repotting.

USEFUL TIP: if the roots are not over-dried and not too moisturized, it will be easier to release them from the potting mix, and it will be much easier to see the damaged or dry roots. 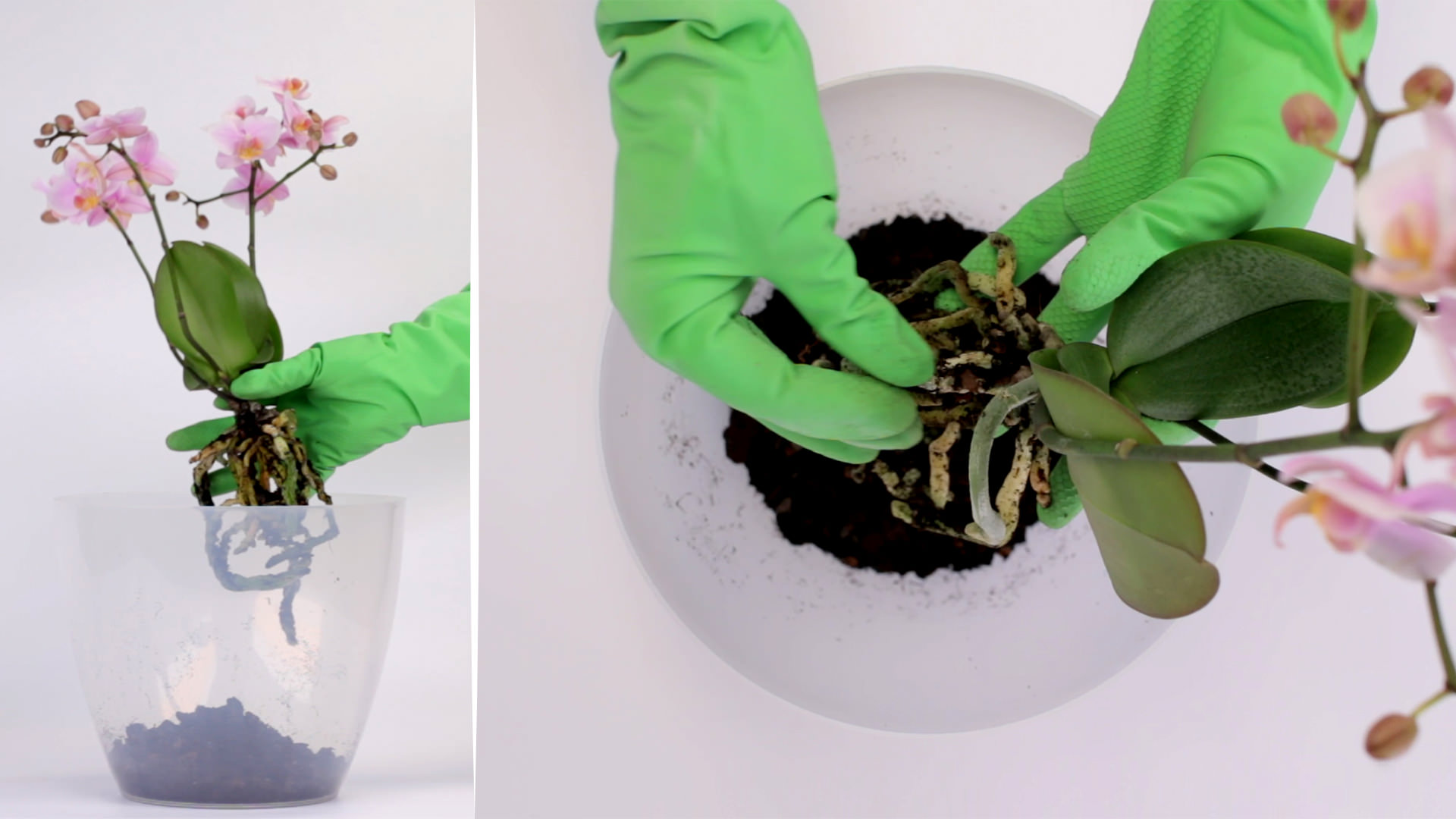 Fill the bottom of the pot with potting mix so that the orchid will be at the same depth that it was previously. Remember, that only special orchid potting mixes can be used for planting the orchids! high quality commercial mix fits the requirements perfectly.

REMEMBER: only special orchid potting mixes can be used for planting the orchids!

If you can’t find special orchid mix or aren’t sure which mix to use, try to make your own. This mix is also good for Cattleyas, Phalaenopsis, and most mature orchids:
● 4 parts medium-grade fir bark or medium-grade coco husk chunks;
● 1 part medium charcoal. 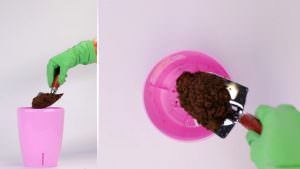 Place the orchid in the pot. Straighten its roots in order to make them evenly spread in the inner pot. In case of necessity, divide the root into a few sections, before you put the plant in the pot. Position the most developed part of growth against the wall of your pot. 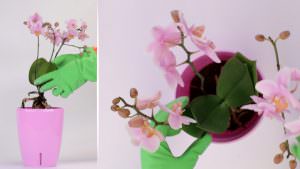 Gently pack potting mix around the roots. Make sure, that it barely covers the root system. 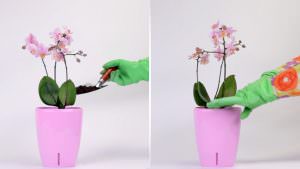 After planting, avoid watering your orchid for a couple of days. This will protect the orchid’s roots from rotting in case any of them were damaged. After that you can water your orchid thoroughly into the potting mix.

After planting, avoid watering your orchid for a couple of days. This will protect the roots from rotting.

Water your orchid once every 5 to 12 days. It’s easier to kill an orchid by watering it too frequently than by watering it too seldom. During the summer months, longer days and more heat might necessitate a shorter watering period. That is why choosing a self-watering Orchidea TWIN pot with water level control will make the watering process quicker and easier. 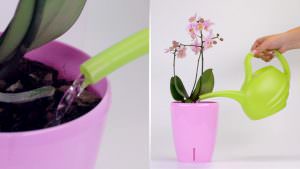 Make sure that the water level does not exceed the level of water reservoir. Keep an eye on your plant — the water-level window will help you to understand when it is time to water your plant.

Use the clear window to check the water level. 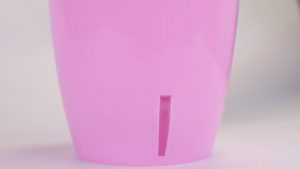 Orchids require limited amounts of fertilizer. Nevertheless, in order to keep your flowers healthy and blooming regularly use a weak solution of 20-10-20 fertilizer on a weekly basis. Once a month it’s necessary to water orchids with pure water to wash out accrued fertilizer salts. The plant food should be diluted to one-quarter the strength advised on the package. In case of doubt, it’s recommended to use less rather than more. In autumn change to a blossom-booster plant food as in this period flower buds are being initiated. It represents a fertilizer ratio comprising higher amount of phosphorus and lower amount of nitrogen, according to a 10-30-20 formula. Orchids are more likely to bloom in winter and this fact makes these flowers even more outstanding as houseplants. They give the pleasure of admiring flourishing in the dullest months of the year, when people are more likely to feel the void for that. Orchid bloom reaches its peak usually from December through April.

Many orchids are winter bloomers, which makes them even more special as houseplants. Peak of orchid bloom usually occurs between December and April.

Please note that it’s very harmful to over-fertilize your orchids. If they are fertilized too often, it may lead to dismal results as hampered flowering and burnt roots.

One of the most important factors for orchid’s growth is sufficient humidity. Fifty percent and more will be highly appreciated by your plants. Unfortunately, that level of humidity is hardly reached in most homes, mainly those having dry, hot-air heat. Raise humidity around your orchids and it will lead to better flowering.

Sheaths and dead or old flowers should be removed. Be careful with pseudo-bulb, which gave growth to the inflorescence. Phalaenopsis’ flower spike, for example, may be found between the leaves on its body. Cut its spike back to about an inch of the point where it appeared. In case you wish to make your plant flower sooner, and the flower spike is not dead (maybe an odd flower grows on it) you may find bump or small node under the point where the first flower came into sight along it and trim above that point. With a bit of luck you will see a new spike growing from there and flower much more quickly. 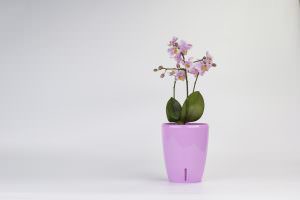 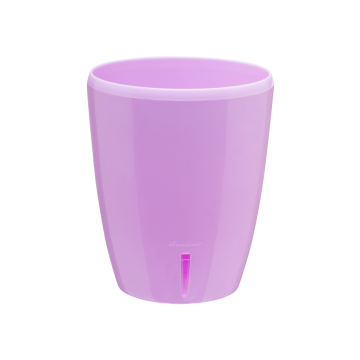 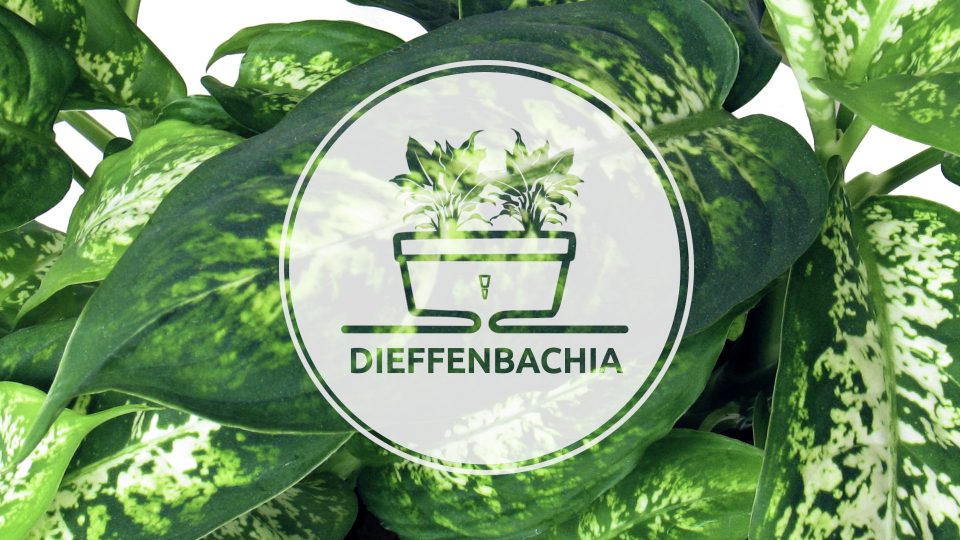 Dieffenbachia is a beautiful, evergreen, tropical and very popular houseplant. Regardless of your experience in gardening you may hardly kill this plant. Latina Window Box Flower pot by Santino is a solid helper in growing Dieffenbachia.
20 декабря, 2017
LATINA WINDOW BOX
Read More

This is a demo store for testing purposes — no orders shall be fulfilled. Закрыть